Dissi and Andretti in Epic Duel for Daytona Podium Glory

Drissi and Andretti in Epic Duel for Daytona Podium Glory 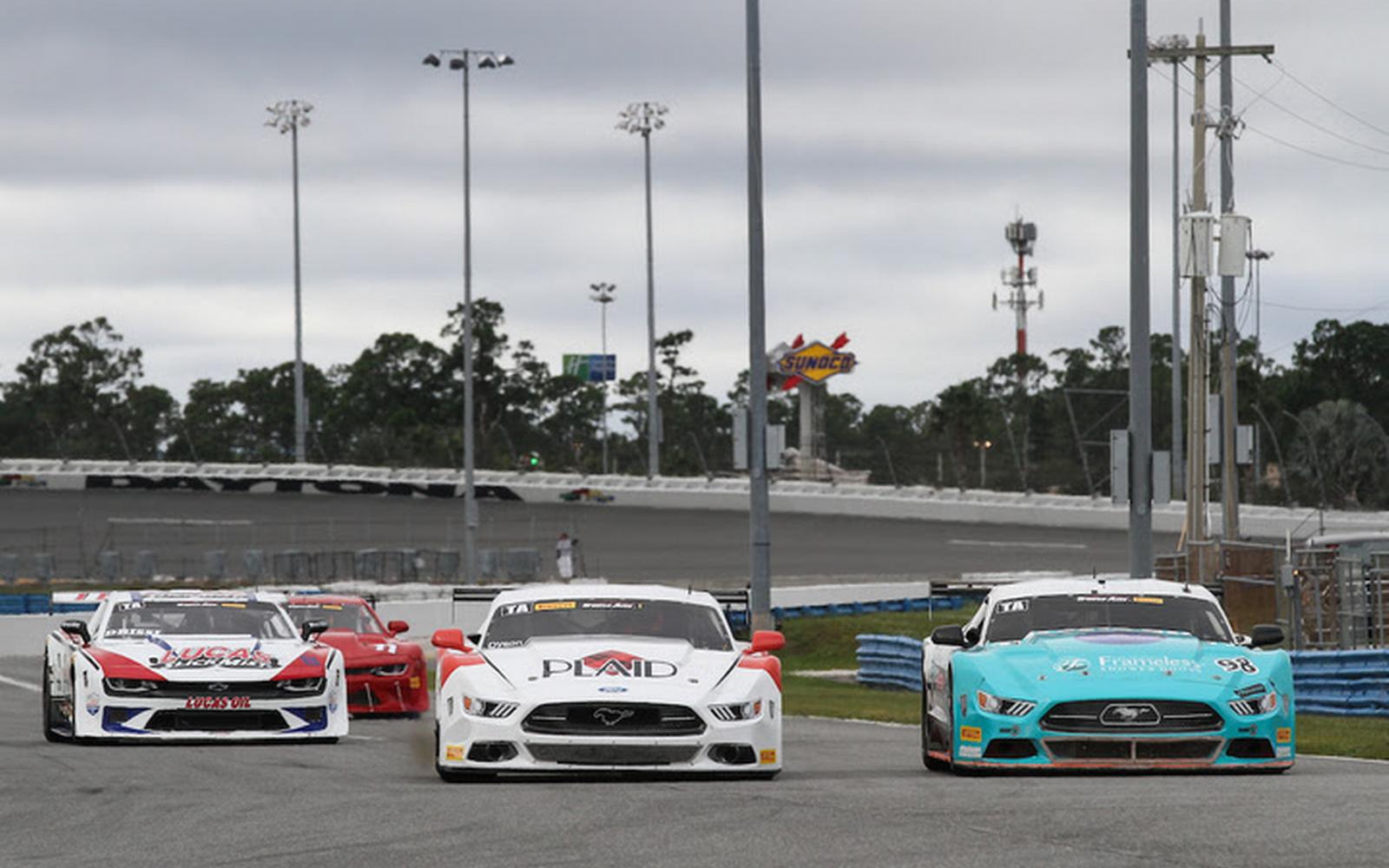 Daytona, FL - November 19, 2019 - The 2019 Trans Am presented by Pirelli Championship TA Class season finale at Daytona this weekend more than lived up to expectations where a fascinating race at the iconic Florida track kept fans engaged all the way to the checkered flag. Starting the race sitting fifth in the Championship after missing three races, Tomy Drissi was just denied a fourth consecutive podium spot behind runaway race winner Chris Dyson and Champion elect Ernie Francis Jr. after an epic duel with Adam Andretti, current scion of the famous motorsports dynasty.

The weekend began well for Drissi, who demonstrated his customary speed in first testing, clocking 1:45:944 for P2 of the early Trans Am starters. The first official practice session saw Tomy in P2 again, where his 1:45:728 was matched to the thousand of a second by Dyson. In qualifying, Drissi maintained his outstanding record of putting the No. 8 Lucas Oil Slick Mist Chevrolet Camaro on the front two rows of the grid in all but one of the eight races in which he has competed this season. The 2009 Trans Am Champion was clocked by Trans Am Chief of Scoring Bill Skibbe at 1:45.446 on lap 5 of the session for P4 on the grid after some issues during qualifying.

The race itself saw a tremendous duel between the man dubbed ‘The Rockin' Moroccan’ and Adam Andretti, with Andretti eventually edging out the Angeleno to deny Drissi a fourth consecutive spot on the podium. Both men clearly enjoyed the battle, as they confirmed after the race. Andretti was full of praise for Tomy when he said, “Tomy (Drissi) and I had a blast. I couldn’t have asked for a better competitor out there to go door-to door-with and clean. I can’t thank Tomy enough because that was so fun. I hope it was the highlight of his day because it sure was mine.”

Tomy doubled down on Andretti's comments when he said, "I had an epic fight. Adam Andretti just came up to me and said it was the best race he's had in a long time. My hat's off to him. We had him at the end, I thought. To be able to fight with an Andretti at Daytona with such great racing is pretty cool!"

"The fans were amazing here at Daytona," he added before looking forward to next season. Always competitive, Tomy went on, "We were good, and now we're behind again. That's Trans Am. If you're standing still you're going backwards in racing. So much thanks and praise to our partners and supporters, Lucas Oil Slick Mist, Trans Am, Burtin Racing and my family. Congratulation to Ernie and his whole team on another championship."

Next year begins with the traditional season opener at Sebring March. The early rounds of Trans Am are nearly identical to this year, with the 54th year of the series kicking off its season at Sebring International Raceway as part of the SpeedTour event. The collaboration featuring Trans Am and SVRA February 29 - March 1. The multi-class series will then head to the always competitive Michelin Raceway Road Atlanta on March 28 - 29.

Keep your calendars marked for the CBS Sports coverage on December 15 at 1:00 p.m. ET as part of the 2019 Trans Am presented by Pirelli season review.

Here is a taster of the high octane action: https://youtu.be/f_oNRnbTS5M